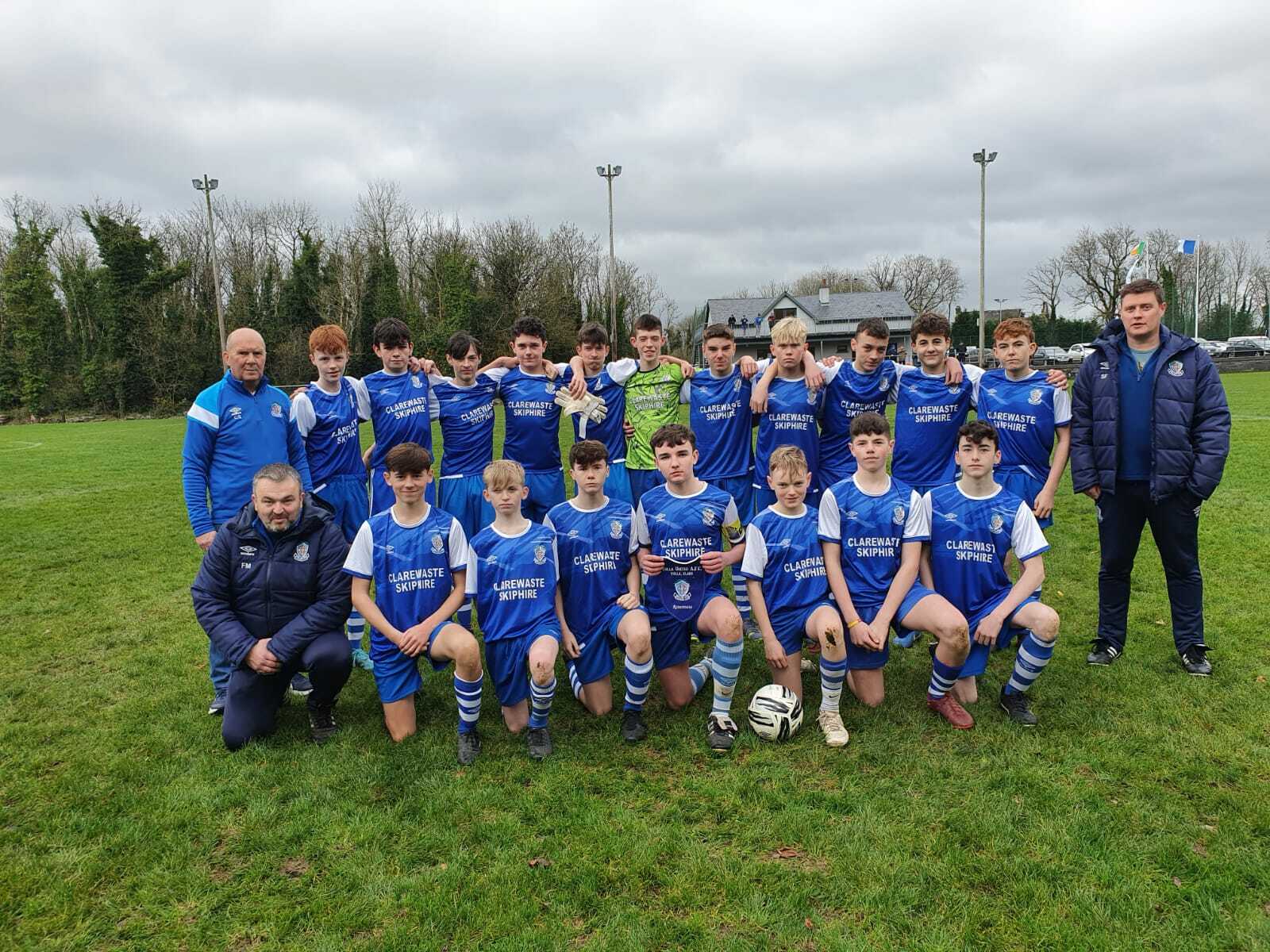 Download our mobile app to hear more about Tulla United.

Everything a good soccer match could offer was witnessed today in the Cragg, home of Tulla UTD FC in the round 3 of the national cup 2022.

Inter Kenmare FC started the strongest and found a penalty well taken on the 15th minute. Tulla responded but missed narrowly 3 big chances, the main one with Oisin Penston who missed narrowly after the first shot fron Tyler Coote was well saved. Inter Kenmare kept pushing but a resiliant Tulla defense helped by an outstanding performance of goalkeeper Louis Jennings resisted well. In the second half Tulla Utd looked for a large part much improved and found the qualizer with captain Mattie Molloy from the penalty spot after Micheál Rochford was fouled inside the area. The match was very tense and despite the many substitution none of the teams could find the winning goal. The match went to extra times where Inter Kenmare mainly took shots from distance and was pushing strong while the Tulla boys were counter-attacking and went again twice close to the goal with Danny Ryan and Tyaler Coote. At the penalty shoot out Inter Kenmare came on top having scored all five while Tulla Utd missed 2. We'd like to wish the very best of luck to Inter Kenmare in the National Cup. A big massive thanks goes to all parents of the Tulla Utd Players who organized a refreshment with lots of food and drinks for all. We're very pround of this bunch of players, truly a good squand in the making.

What a weekend for our club!!

Our club play so many matches every week that sometimes i...

We had our traditional extra Christmas draw for our Devel...

Congratulations to our last winners of 2022 and thank you...

Congratulations to this months winners and thank you to ...

Congratulations to this month's winners and thank you to ...

Get live information for Club on the ClubZap App