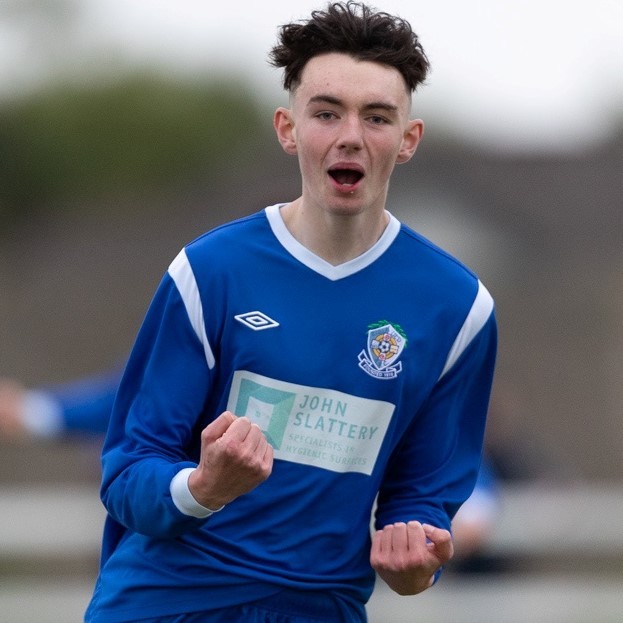 Download our mobile app to hear more about Tulla United.

This was a match that befitted 2 great soccer teams, who have had many good encounters, in a Final played in the County Grounds at Frank Healy Park. Plenty of skill was on display from both teams. The game ebbed and flowed throughout. Tulla were on top for much of the first half creating numerous clear cut chances, without quite having the finishing touch.

The game suddenly changed in the second half with Denis Whelan getting a well deserved deflected goal for Tulla just 2 minutes in. This spurred Shannon to commit to bring the game to Tulla, and for much of the half Shannon were pushing into the Tulla half. Although Shannon were pressing, due to the dogged Tulla defence, goalie, Simon Kilker, was only called into serious action once, with an unbelievable save diving down at full stretch to his left. Despite the pressure Tulla were still carving out opportunities at the other end. Into the last 20 minutes and Shannon switched formation to put on even more pressure. It was at this stage that the Tulla defence demonstrated the often overlooked but very necessary art of emergency defending.

Into the last 5 minutes and Shannon won a couple of corners in quick succession and committed forward: Tom Tynan cleared and Adam Mac played through George Young who raced up the field with Shannon defence in hot pursuit. His lucky taped up boots came to the fore and George finished deftly to the far corner to put the game beyond doubt.

What a weekend for our club!!

Our club play so many matches every week that sometimes i...

We had our traditional extra Christmas draw for our Devel...

Congratulations to our last winners of 2022 and thank you...

Everything a good soccer match could offer was witnessed ...

Congratulations to this months winners and thank you to ...

Get live information for Club on the ClubZap App